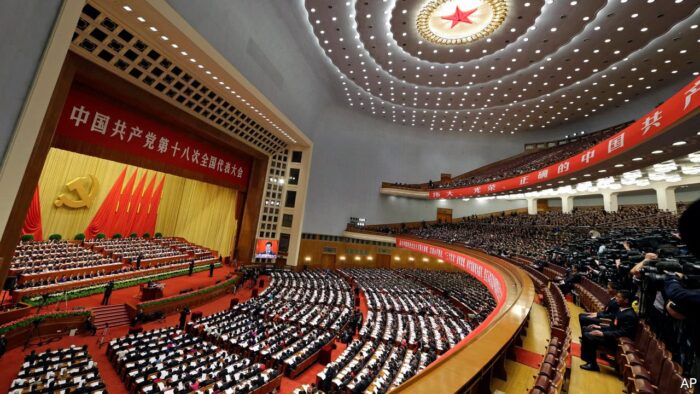 In the first of a three-part look at ‘China’s changing role in the world’, the BBC’s China correspondent Stephen McDonnell looks at the CPC’s recent moves to tackle income disparity and intervene in social and cultural behaviour. But approaching these with the shallow misunderstandings of pre- and post-reform China typical of Western mainstream commentators, he is unable to answer the questions he sets himself.

The notion that the Cultural Revolution was a ‘disastrous quagmire’ out of which China needed to be dragged is one of these misunderstandings.

It is not hard to look at the data – none other than the Financial Times has laid out in no uncertain terms the progress that took place in Mao’s China: life expectancy nearly doubling, adult illiteracy falling from 80% to just 23%, and the achievement of gender equality in elementary education. Contrary to being a quagmire that China needed dragged from kicking and screaming, the FT states that “Without these, the rapid growth after the 1979 opening and reforms would not have been possible.” (Lessons from the first 70 years of the People’s Republic of China by David Daokui Li)

Further to this, Will Hutton, former principal of Hertford College at the University of Oxford and editor-in-chief of the Observer, provides more details – a massive increase in industrial output and irrigated land, the doubling of the rail network, and the transformation of life expectancy and the circumstances of women.

His conclusion? “Today’s China could not have started from nothing in 1978. It was built on foundations laid by Mao…the unifying thread was the vanguard role played by the Communist Party.” (The Writing on the Wall: China and the West in the 21st Century by Will Hutton)

Another article in the Financial Times titled ‘What if Mao still ran China’ describes the work of four prominent economists – “from the Federal Reserve Bank of Dallas, Princeton, Yale and Sciences Po in Paris.” They extrapolated productivity and growth rates from the Maoist years and found that China’s socialist planned economy would have yielded average GDP growth between 4 and 5% between now and 2050 – just one percent less than current predicted growth rates and with a greater degree of stability:

“The main point of our findings is that, contrary to common misconceptions, productivity growth under Mao, particularly in the non-agricultural sector, was actually pretty good.”

It is in this context that the continued rise of China post-1978 must be seen. Take a list of the successes of this period: massive infrastructure projects like the expansion of road and rail networks and metro systems and projects like the Three Gorges dam; the state investment in rural counties that has been the chief factor in moving a hundred million people out of poverty; the nation’s success in tackling Covid-19. All of those are products of the social system, organisation and collective spirit inherited from the pre-reform years.

China’s achievements have been made in spite of the encroachment of the market, and it is precisely the dark side of market liberalisation that Xi Jinping seeks to tackle.

But is this putting the ‘Communist’ back in ‘Communist party’, as McDonnell describes it?

The measures he outlines – cracking down on tax evasion by the wealthy, reducing inequality in education, and breaking up the country’s massive tech giants – may seem impossibly utopian plans from the perspective of a BBC commentator who is primarily concerned with investor confidence (“How can anybody reliably make investment decisions if they don’t know what the ground rules will be in a month’s time?”).

They are, however, closer to milquetoast social democratic reforms than the fundamental economic realignment required to set China back on the course of stable and rational economic development. That was a course which even the above – very bourgeois – commentators agree that China was embarked upon in the Maoist years.

The Evergrande debt crisis is testament to the depth of the problems that China has taken on by allowing penetration of the market and integration into the global capitalist economy. Debt-fuelled speculation and overproduction leave China exposed to the same economic crises that periodically hit the West, and the creation of a class of wealthy entrepreneurs threatens social stability.

China’s post-1978 experience reaffirms for a new generation Engels’ words in the introduction to The Dialectics of Nature:

“Only conscious organisation of social production, in which production and distribution are carried on in a planned way, can lift mankind above the rest of the animal world as regards the social aspect, in the same way that production in general has done this for men in their aspect as species. Historical evolution makes such an organisation daily more indispensable, but also with every day more possible. From it will date a new epoch of history, in which mankind itself, and with mankind all branches of its activity, and especially natural science, will experience an advance that will put everything preceding it in the deepest shade.”

No comments to show.